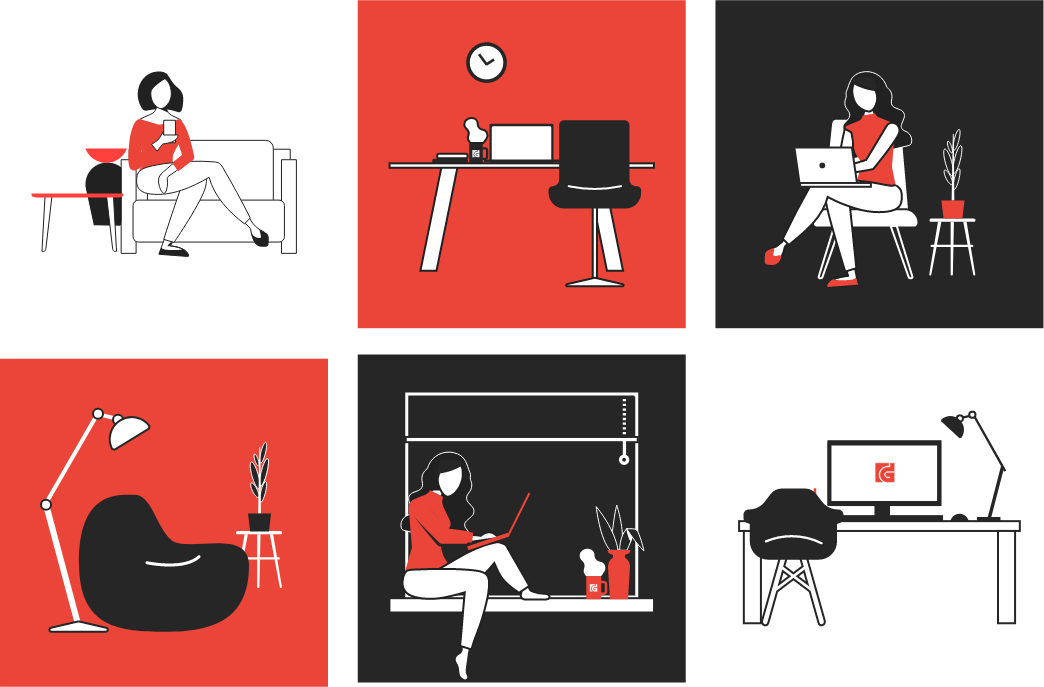 Since its conception, Design Group Latinamerica’s central ethos has been to be part of the vanguard of the interior design industry. As a result of current events, we have outlined our predictions for the potential shifts in the design landscape due to Covid 19. 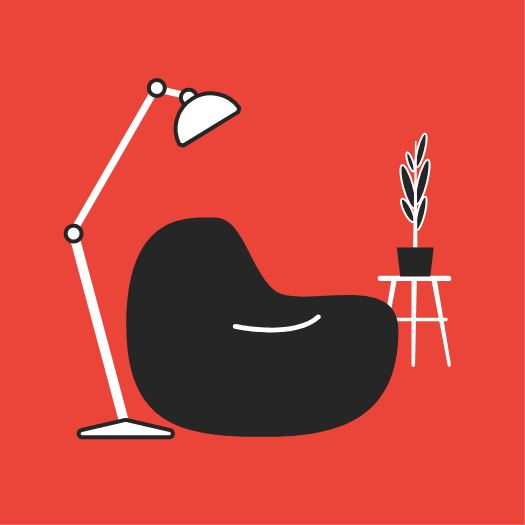 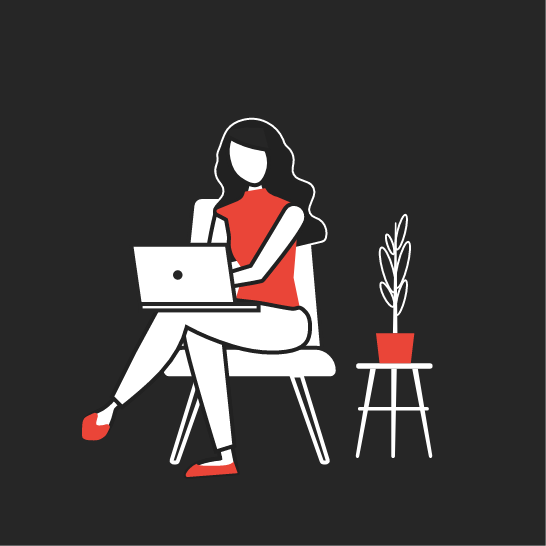 As the world reels from the cascading effects of the Covid-19 virus and its implications, it begs the question of how interior design and architecture might be impacted. Without a doubt, this marks the start of a new era for humanity, ushering in a shift in psychology and behavior which will reverberate throughout every facet of our society. Of particular interest, is how this paradigm shift will alter our architectural consciousness and our relationship with habitation. Just as the Black Death paved the way for a Greco-Roman revival, the French Revolution towards the less ostentatious Neoclassicism and World War 1 and 2 towards the more innovative and functional style of Modernism, so too will the Post-Covid era be defined by a new current.

This new paradigm will involve not only a change in overall style, but also in how the functionality of each space and our relationship to them change when faced with new needs. In response to this, we have outlined some major changes in interior design that can be expected in a Post-Covid world: 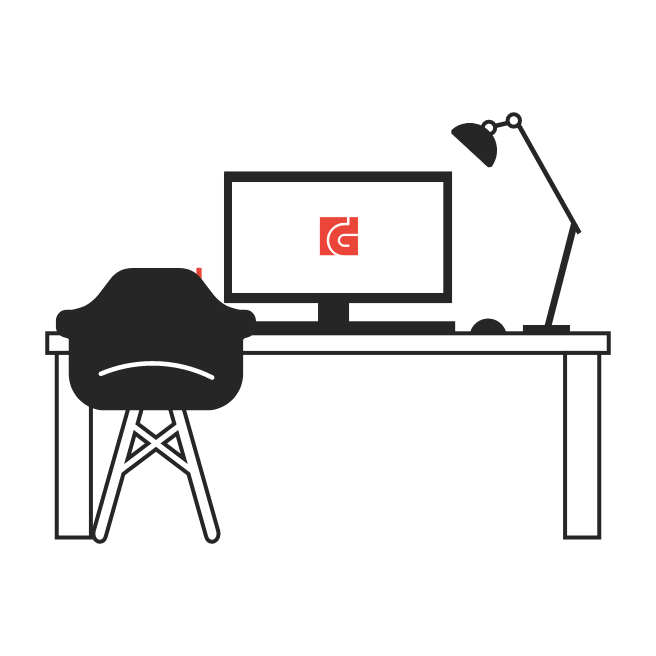 With around half the world population having been on lockdown at one point or another, people have been forced to remain indoors for an extended period of time. A prolonged exposure to these conditions as well as a potential need to extend the lockdowns in the future will ultimately lead to a reconsideration of certain design components, taking into account the fundamental change in the relationship between inhabitants and their homes. First of all, there will be a need to strictly separate spaces in terms of their functionality and usage. Modern interior design has opted for a fluidity between the public and the private, however the effect of extended enclosures can change this mentality. Most people’s experiences may paradoxically range from an overwhelming desire for privacy or company, precisely due to the lack of rigidity or poor distribution of communal and private spaces. In the future, one can expect communal areas to be interconnected and spacious in order to emphasize the feeling of co-habitation. Simultaneously, private rooms will emphasize the sense of “isolation” from other inhabitants, by changing room distribution, adding acoustic insulation, providing personal bathrooms, etc. This would also be applied to home-office spaces, which have gained prominence in previous months. Considered to be a relic of a bygone era, home-offices will now be a must moving forward due to a growing need to comfortably work at home, something which can be expected to be a mainstay. 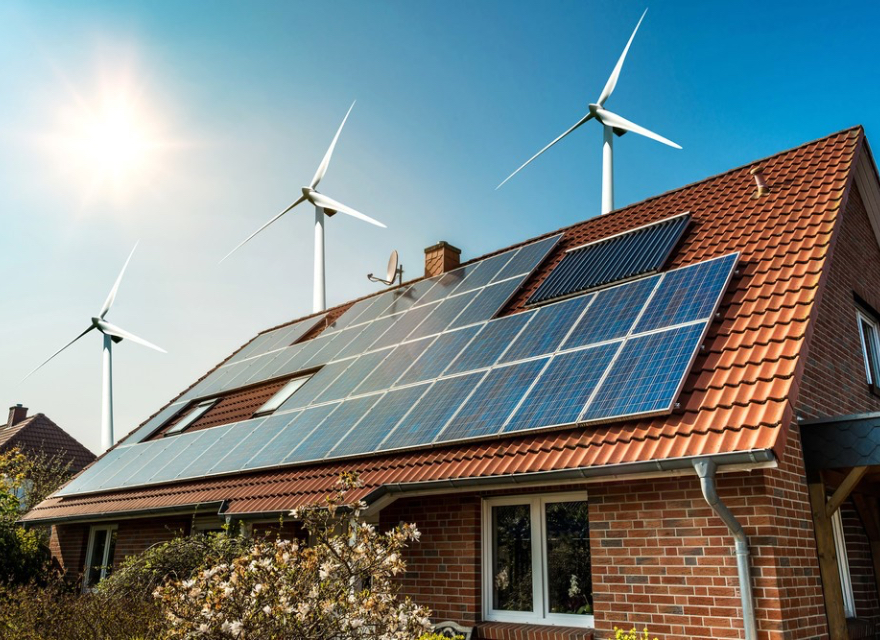 Demand for a Self-Sustaining Home

The paralysis of the production sector has led to growing fears over shortages of basic foodstuffs and in some parts of the world, basic utilities such as water or electricity. Additionally, the quarantine has led to fewer outings to the supermarket due to government mandated restrictions or personal fears of contagion. These factors can potentially lead to a change of what capabilities a home should be expected to have, such as its ability to sustain itself. For example, in the case of food, something as basic as personal gardens could potentially become a staple of future homes, as it allows users to have full control over their food supply. Additional to this, a home’s stockpiling capability may also be expected to increase, seeing as people may be predisposed towards disaster planning. The growing need for control over every aspect of a household can also result in a more ubiquitous implementation of new technologies in order to supply a home with basic utilities. The addition of some form of water treatment would grant the homeowner with a limitless supply of drinkable, clean water, while advances in geothermal and solar energy would allow the homeowner to provide their homes with electricity, hot water and more.

Home automation has been a field that has slowly been gaining steam throughout the interior design world, yet for its relative ease of implementation, it is still underrepresented. Seeing as physical contact has been a focal point for the spreading of the disease, it is time for home automation to finally establish itself as a mainstay of future homes. Through the usage of a central command system (installed on your phone or tablet) or a voice control system, you can remotely control various of your home’s functions. By automating, one can effectively remove frequently touched areas, significantly reducing potential microbial concentrations and contagion. Along with all the inherent benefits to home automation, there is an added tranquility and peace of mind for the user, seeing as they will no longer feel the lingering threat of infection from turning off a light switch in their own home. 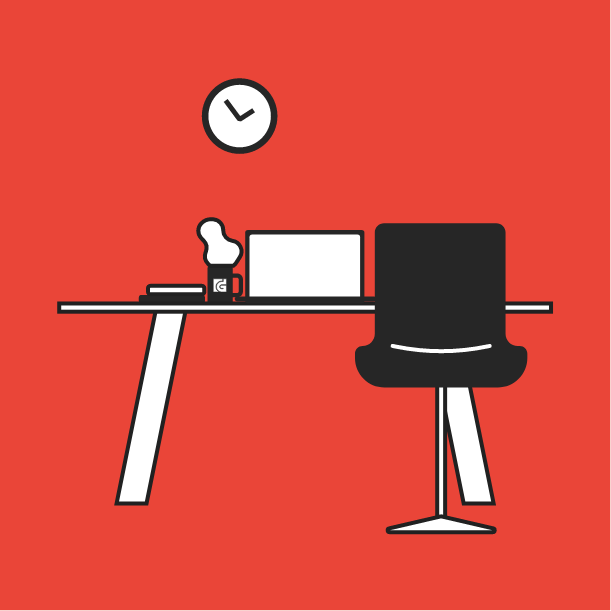 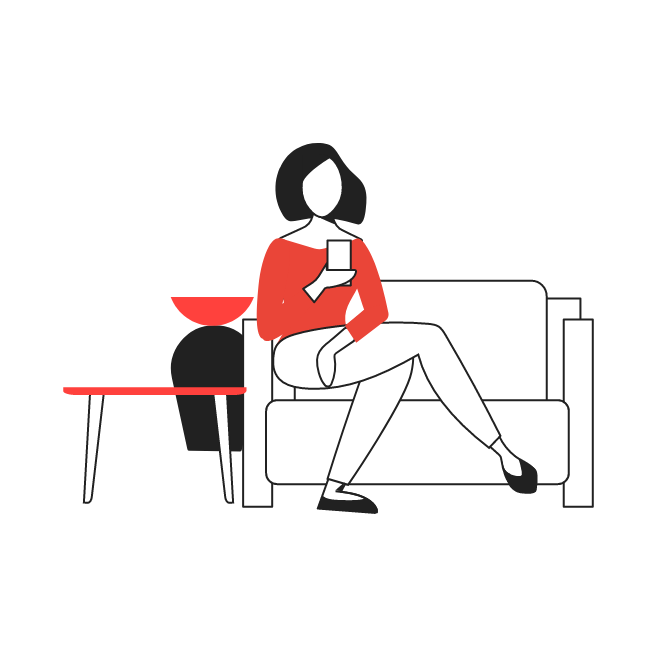 A House Designed Around E-Commerce

Even before the arrival of Covid 19, many established companies have been pivoting towards e-commerce, in order to facilitate the consumer experience. Amazon is the epitome of this, observing their meteoric rise from an online book seller to a mainstay in the world of retail and an essential utility for many consumers. However, the world of design has been particularly slow in adapting towards this new paradigm, rarely taking into consideration the homeowner’s predilection towards online purchases. This already existing need for deliveries as well as the need for isolation from the courier, can both be solved by “package drop off areas”. Utilizing a similar concept as mailboxes, a “package drop off area”

an act as an easily accessible storage space in which couriers can deliver packages. In conjunction with a home automated system, this storage area can be remotely opened and closed so the courier can deliver the package, while preventing anyone else from accessing it. This has the added benefit of solving the infuriating problem of packages not being delivered due to your absence. In one swoop, this concept solves a key problem for a world in technological growing pains and a society facing hygiene concerns.

Aditionally, just as interior design must accommodate the presence of e-commerce, so must e-commerce accommodate interior design. Online purchasing was the result of a paradigm shift in and of itself, seeing as consumers gradually had to become accustomed and confident in being able to purchase products remotely. These feelings however, are conspicuously absent in the interior design industry due to practical limitations and the industry’s inability or unwillingness to adapt. As a result, the current landscape can pave the way for an entirely new industry which can revolutionize the client/designer dynamic: e-décor 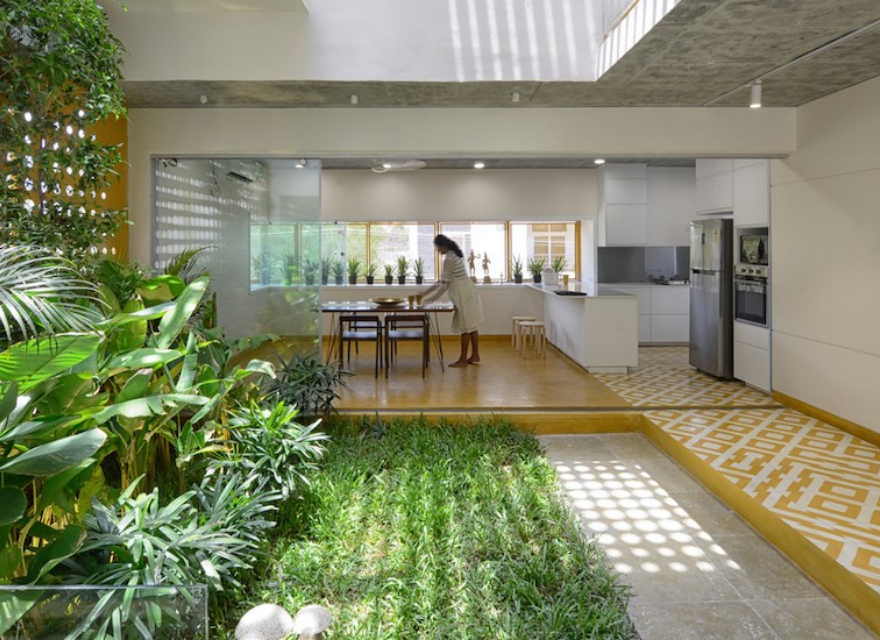 The extended lockdown has made explicitly clear the pivotal role that nature has on the human psyche. Being indoors for such a prolonged period of time has filled people with a yearning for the solemn beauty of the natural world. Already there is a trend in interior design which attempts to bring the outdoors inside your home, which will most likely find widespread appeal in the near future. First of all, one can expect the integration of various personal, kitchen or container gardens in modern homes, as well as maximizing the amount of greenery possible through green walls, wallpapers and even screens. While the viability of each strategy might vary depending on suitability or budget, the average home is sure to see an increase in authentic or imitation greenery in the near future. Additionally, the role of lighting is more important than ever before. A designer must take into account the maximization of natural light to give life and vibrancy to the interior, while also affording a home with spaces such as terraces, that are subjected to direct sunlight (for a healthy intake of Vitamin D). Prolonged enclosures can also lead to the disattunement of a person’s biological clock, which can lead to insomnia or daytime sleepiness. While still in its infancy, the advent of “circadian lighting” can become a staple of lighting design, affording homes with the ability to regulate its users sleep cycle.

A Fundamental Change in Project Management

The pandemic has led to a global stoppage of productive activities as well as the enforcement of social distancing measures, however prospective “clients” are still hesitant to abandon their projects. Seeing as the first stage of every project is conceptual and creative by nature, it is still possible to make some progress even in turbulent times. As a result, the way in which a project is presented and the communication between a designer and client could permanently change. These may involve the incorporation of the still nascent Virtual Reality technology in order to allow users to fully immerse themselves in their project or collaboration tools that allow for a remote viewing of ongoing projects. As in the case of home automation, these are already existing yet unexploited tools, which are ripe for widespread usage.

The arrival of Covid-19 has caused us to not only rethink our relationship with spaces, but also to reconsider the tools at our disposal to create a better and more efficient home. Moreover, this has highlighted the increase in value and the necessity of a newly built home. The implementation of strategies such as home automation, circadian lighting, etc. require a clear and modern architectural vision as well as a top-down design philosophy. This is without considering the fact that newer houses will most likely incorporate new hygiene practices such as utilizing anti-microbial materials or improved air ventilation, which require an even more specialized design. All of these elements only highlight how ill-fitted our current homes are to face the new challenges of the next generation. Only new homes can fully integrate the characteristics necessary for a comfortable and efficient lifestyle in a Post-Covid world.

SinDesign Group Latinamerica’s philosophy has always been composed of two central points: to form part of the avant-garde and to fulfill all of our clients’ needs and desires. As such, we are prepared to adapt to this new design landscape and deliver our clients’ the most efficient, pleasant and safe home possible. 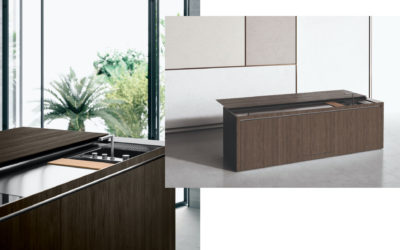 HOW TO SELECT THE IDEAL MATERIAL FOR YOUR KITCHEN COUNTERTOP

Referring to our vast experience in creating highly personalized spaces adapted to our clients’ tastes, we have concluded that the kitchen counter tends to be the essence of this space. 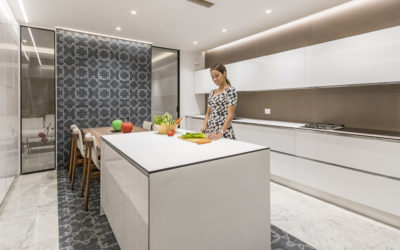 Design Group’s philosophy has always revolved around offering the most optimal solutions so as to convert our clients’ spaces into environments designed to reach the highest levels of satisfaction and comfort. A thorough knowledge of the user’s requirements, a continuous investigation on new technologies and a great deal of creativity have all given rise to new design methodologies that have allowed us to transform spaces and the way they are utilized; enabling us towards the creation of a perfect project. 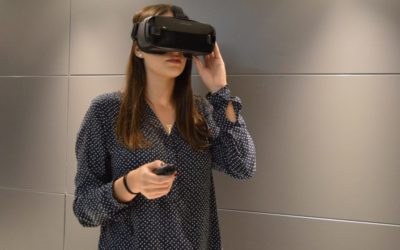 The usage of virtual reality has its roots in the science of visual communication, but with different mechanisms and applications. Nonetheless, it has become invaluable in the world of architecture due to its capacity to project from initial design models to even final details. This visualization can prove to be key in discerning the excellence of an ambience, providing the client with the necessary information to evaluate your project with accuracy and make decisions based on it.

To receive updates and to receive news regarding products, novelties and events